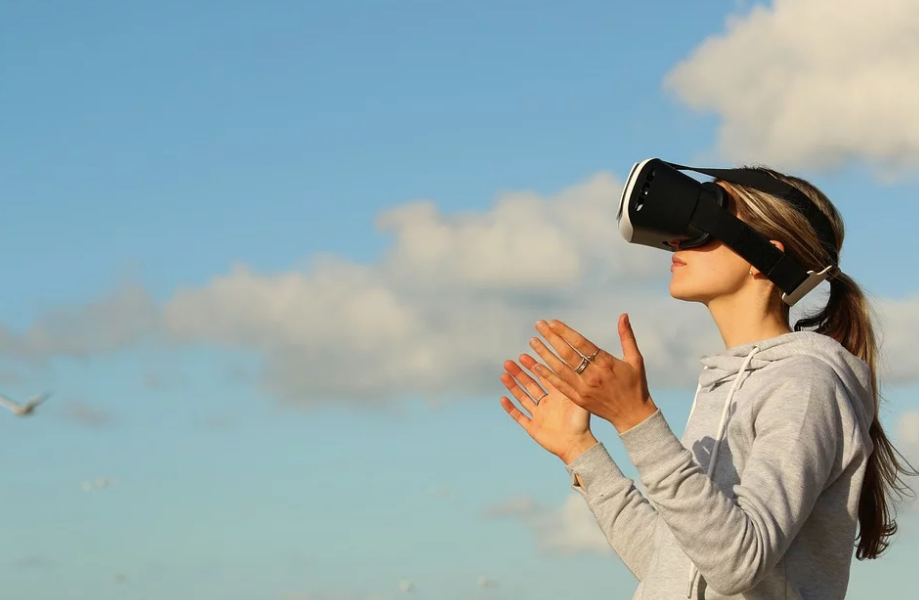 Today, a large number of people are familiar with the term ‘Virtual Reality’ or ‘VR’ as this outstanding technology has created a lot of buzz in recent years. Widely used in the gaming industry, virtual reality is creating a great impact on various other industries as well. Today, we can find numerous applications of virtual reality in industries such as education, healthcare, entertainment, fashion, military, engineering, media, sports, telecommunications, construction, programming languages, and many more.

In technical language, virtual reality is the term used to illustrate a three-dimensional, computer generated setting that can be explored and interacted with by a person. When using VR, the person gets immersed within the virtual world and whilst there, is able to perform a series of actions. Irrespective of its use, VR produces a set of data that can be used to develop new models, training methods, communication and interaction, and much more.

Today as many companies are focusing on virtual reality, a report by Statista estimates that the Augmented Reality (AR) and Virtual Reality (VR) market will grow to $143 billion by 2020. Regardless of the momentous hype and investment surrounding these technologies, the AR and VR market is still in its early years’ stage. There are still some challenges that companies are facing while developing high-quality virtual reality applications. Below mentioned are some of the major challenges in developing high-quality virtual reality applications.

High development cost is one of the major roadblocks in building virtual reality segment. Based on the requirements, a basic virtual or augmented reality e-commerce development would cost around $15-25k. From a consumer perspective, the average consumer currently doesn’t see the value to purchase a VR device as the prices of VR devices are quite high.

In spite of the fact that Google started offering low-priced cardboard Virtual Reality headsets for $15, most consumers believe the device quite costly because they look at the HTC Vive (which cost around $799) or Oculus Rift (that cost around $599). While some high-end devices are available in price ranges as high as $2,000, even some basic-level VR headsets are priced higher than the average Smartphone accessory such as covers and headphones. However, the fact behind expensive headsets and wearables for AR/VR that cannot be overlooked is that it is more labor-intensive to build these devices.

As far as the cost of developing a VR application is concerned, virtual reality usually require the combination of a set of disciplines to create an immersive experience, typically around optic mechanical designs. The amount of capital required to combine optics with such high precision requires a significant volume of units to recover the investment. However, as this technology will advance and become more common, costs will be recovered easily. It is only a matter of time.

When planning to develop a high-quality VR application, it is important to first analyze the target audience to determine whether they would invest their money into something that they are not used to. It is important to note that about 23% of consumers and businesses aren’t eager to accept the new tech. Regardless of gaining huge popularity in tech circles; VR is still not widely accepted as a legitimate thing by the public. One of the key reasons behind this is that most people simply don’t know what VR is capable of. Some people can’t even tell the difference between VR and AR.

This challenge can be overcome by spreading awareness about virtual reality and its capabilities. Marketing can help to a great extent, however, the real acceptance can be facilitated only after consumers will be able to get a taste of this astonishing technology and get habitual to it. One of the best ways to do it is to let the people experience this technology through demos, expos, conferences, and other activities in public places.

We are living in an era, where users are taking full advantage of digital immersion, at the same time; they are highly exposed to incoming dangers. Yes, cyber-security and data privacy are emerging as a sensitive issue in every industry today. When talking about VR technology, it is still in its novice state and the VR industry must discover some effective solutions to overcome the issue of cyber-security and data privacy. Cyber attacks and a couple of high-profile hacks can affect the whole VR industry very badly and may lead to lesser or no audience acceptance and investor’s trust.
Though the VR industry has come up with a set of precautions regarding known threats, there are still various unknown threats regarding security issues in VR.

These are perhaps the most common challenges that every new technology usually face because of lack of competition in the market, investors concerns about industry’s prospects, lack of widespread consumer acceptance, and the lack of excessive demand on the consumer’s side. Despite the lack of marketable gain, there is a positive aspect regarding the virtual reality app development process. The developers of VR-content have time to get a better grasp on the technique in order to bring out the goods when the demand for VR will start to grow.

Any cookies that may not be particularly necessary for the website to function and is used specifically to collect user personal data via analytics, ads, other embedded contents are termed as non-necessary cookies. It is mandatory to procure user consent prior to running these cookies on your website.